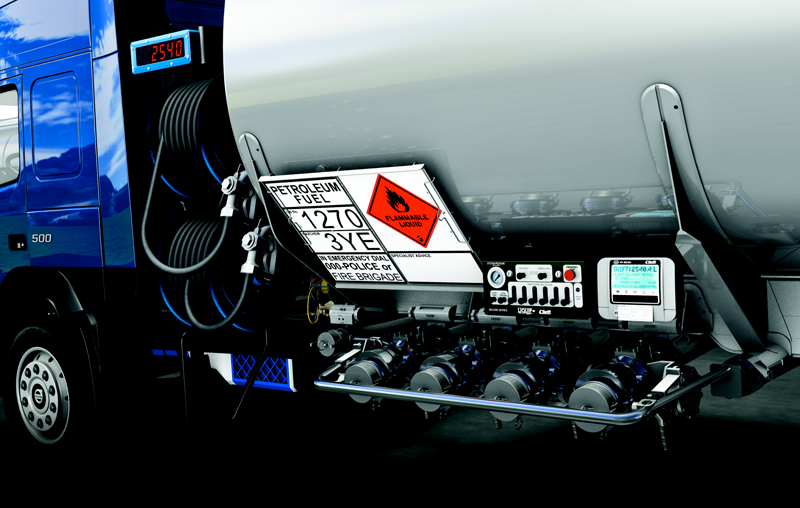 Here's how Petrogas is seeing the benefits of the switch to this latest innovation.

Petrogas is an independent supplier of petroleum products. It was formed in 1985, through the merging of two fuel distribution companies. Starting out as a small business with only a few trucks, Petrogas has experienced significant growth. Today, its core business is centred around fuel delivery for the industrial, construction and agricultural sectors, with key operations including the carting of fuel for one of the major oil companies.

Ben Wilson started his career with Petrogas 23 years ago, working as a service station attendant. After numerous roles within the business, he has spent the past five years as Operations Manager, overseeing the purchase of all equipment and the hiring of all staff for the Altona-based Melbourne business.

He identifies the past three-and-a-half years as being a time of exponential growth for Petrogas. In that time, the fleet has grown from 16 trucks to 46, and driver numbers have increased from 20 to more than 60.

Ben’s relationship with Liquip began when he was tasked with assisting in the maintenance side of the business. With only a basic understanding behind the systems being used to deliver fuels to its customers, he turned to Liquip. “I knew I needed to find some great mates in the industry,” recalls Ben. “I needed to develop strong relationships with people that understood the systems. The systems we had been using were old and the technology was dated.

“We needed something more user friendly. I thought if we can put a man on the moon, then surely we can make life easier for our drivers. We wanted to eliminate the need for drivers having to bend and be on the ground to swap over heavy jumper hoses.”

Petrogas worked together with Liquip in Sydney to develop a user-friendly solution that was less physically straining for drivers. “We travelled to Sydney to view the Swift prototype and we were really impressed by it,” Ben says.

The technically advanced fuel delivery system offers the combination of metered gravity, bulk discharge or hose reel deliveries, with metered pumping and tank gauging being integrated in a single unit. The system can also pump up to 1,000 litres per minute. It is noticeably lighter than conventional pumping systems, offering increased payload capacity. Liquip has branded the system, Swift, to symbolise it as the simplest, lightest, smartest and fastest solution currently available on the market.

“The Swift Delivery System really is a game changing product, featuring a lighter weight construction and high flow rates,” says Jeff Borg, Liquip’s Victorian distributor and system installer. “It’s a very unique system using very new technology. People are moving towards this system for two main reasons. There is the increased operation of the equipment, whereby it is able to deliver through the petrol or diesel hose reels; and it is capable of doing metred bulk deliveries or metered gravity deliveries, all certified to weights and measures requirements,” he says.

Liquip’s Engineering Manager, Steve Hudson adds that Liquip has been looking at the idea of this sort of system for some time. “Changes in technology and identifying a solution for customers’ needs allowed us to put something into action,” he says. “We knew there was a market for it straight away so it was a really focussed and dedicated effort from the entire team.”

According to Steve, the biggest point of difference with this system is that it doesn’t use meters. “Instead it uses gauging so operators can measure the product being dispensed to a greater level of accuracy. And the flow rate is another huge benefit. We have used already known and proven products to develop this system. We know that Australian conditions can be quite demanding so we wanted to make sure that we came up with something that was tried and tested in the Australian environment. It takes a lot of work in engineering to make something that is this simple for the operator.”

And Ben agrees, though he admits that some drivers were initially hesitant of the new technology, because they were used to being much more hands-on.

“When we took delivery of the first truck installed with the Swift system, I went out on the road with the driver. He told me he didn’t know why we had to go down this path and when we got to the first job, he said he didn’t know what to do,” explains Ben. “We followed the instructions and got the first load off really easily. By the end of the day, I asked what he thought of the system, and his response was, ‘Yeah, it’s bloody good’.”

While the fuel delivery process was previously quite a manual task, the Swift Delivery System has made it far less physically demanding. “With this system, everything is automatic, so there’s no more swapping and disconnecting hoses. It also mitigates the risk of overfill as you can preset the amount of fuel required,” Ben adds.

And from an aesthetic point of view, Ben says the Swift Delivery System also looks the part. “There are no more hoses hanging out everywhere so it looks very tidy too.”

Petrogas currently has four units out on the road fitted with the Swift Delivery System, with another four due to join the fleet in coming months.

If you're looking to for a similar solution or wish to follow in the footsteps of Petrogas to assist your fuel delivery operation, please contact the Liquip Victoria sales team today to discuss the new Swift Delivery System system in more depth. You can also read more about Liquip's Swift Delivery System on our website.